Property for Sale in Woolton

Woolton, located in South Liverpool, has a fantastic reputation as a place to live and has also proudly been home to many of Liverpool’s top celebrities and famous figures, notably John Lennon and heptathlete Katarina Johnson-Thompson.

With it being located just outside of the city centre, Woolton is defined as an urban village and offers residents the best of both worlds between quaint, quiet village life and big city hustle and bustle.

You can easily commute to the city centre via Menlove Avenue by car, or by train at the nearby Hunts Cross station (also providing trains to Southport and Manchester) or by one of the many bus routes.

Houses for sale in Woolton

If you’re looking for houses for sale in South Liverpool then Woolton may be one of the best areas that you can look for.

These houses are largely detached and semi-detached, but there are plenty of terraced houses available too. There are even bungalows for that unrivalled hamlet aesthetic!

Because of the village’s desire to retain their heritage, a lot of the properties near the heart of the village remain in a lovely old-fashioned Georgian style with many period properties also maintaining their cottage-style exterior.

Of course, there are also areas in Woolton where the houses are more modern and this helps to make the area more accessible than people may immediately think.

Things to do in Woolton

You’ll never be short of things to do or places to explore on your doorstep if you live in Woolton.

First of all, you’re located so close to many green areas where you can take a relaxing stroll, peacefully walk your dog, or take the family for a picnic. Allerton Towers, Woolton Woods, and Calderstones Park are just some of the many quality places to take in nature.

Then, there’s Woolton village which is the hub of the village and home to many of the best Woolton restaurants and country pubs to occupy you of an evening.

Nearby you have quick access to Woolton golf Club, with Lee Park Golf Club and Allerton Manor Golf Club being just a short distance away.

One of Woolton’s most treasured attractions is the Woolton Picture House. This old-fashioned cinema has been operating since the 1920s and is still going today showing classic films and the latest blockbusters alike.

Despite being primarily known for its detached and semi-detached housing, Woolton does also have some flats and apartments on the market.

These apartments vary in size and cost, with some being situated within sprawling period properties and others located in contemporary built buildings.

If you want to find the right property for you, then get in touch with our estate agents in Woolton who are armed with extensive property knowledge of the area and can advise on the latest property trends and what to look out for with your purchase.

Give our team a call to discuss buying, selling, renting or letting a property.

Have a problem with your rented property that you need to report, log it on our system and we'll get back to you as soon as possible? 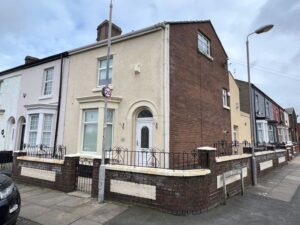